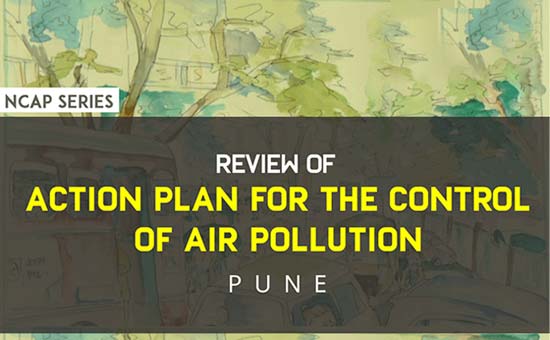 One of these cities is Pune. Otherwise known for its pleasant climate, the city has seen surging levels of air pollution in the recent past. The action plan aims to reduce pollution to meet the NAAQS 2009 levels. For this, the focus is on managing vehicular emissions, greening the city, and public awareness, among other measures. Our analysis finds that Pune’s action plan has ignored major sources of air pollution, which will eventually make it unviable in achieving its targets. It is clear that findings of a previous source apportionment study have not been taken into account while designing the action plan, which means that the plan is unscientific and the source apportionment study is rendered futile.
Download Report
Tags: All Reports, City Action Plans, National Clean Air Programme, NCAP