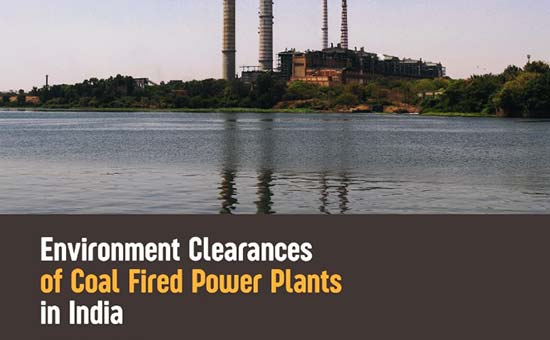 Coal fired power plants are today recognized as one of the major causes of air pollution. The recent decision of the Government to shut down the BadarpurThermal Power Station in Delhi is an acknowledgement of the contribution of coal fired power plants to the air pollution crisis(Goswami, 2018). The Ministry of Health has acknowledged in its report to Parliament about the adverse impact on health due to coal fired power plants (Parliamentary Standing Committee, 2018). Despite this scenario, many large and controversial coal fired power plants were granted approval by the Government. These include the 1320 MWKhurja Power Plant of Tehri Hydro Development Corporation (THDC) in Uttar Pradesh and the 1600 MW Adani Godda Power Station of Adani Group in Jharkhand. Many power plants are under construction and will be commissioned soon. The present paper analyses the coal fired power plants considered for environmental clearance by the Ministry of Environment, Forest and Climate Change in the last five years. The aim is to understand the trends with respect to environmental clearances.
Download Report
Tags: Air Pollution, All Reports, Coal Mine, Thermal Power Plant